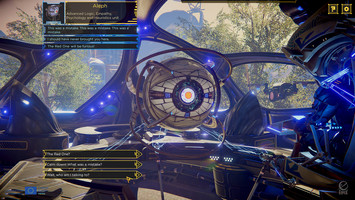 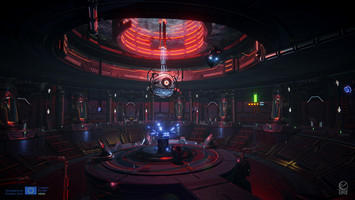 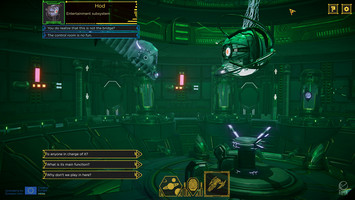 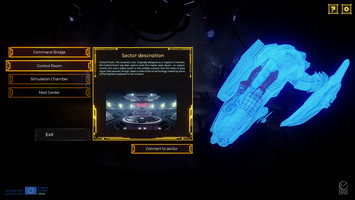 Hi everyone! We're working on a sci-fi text-based adventure set in a highly visual world of spaceships, rogue AI, and time warping.

You play as a military captain exploring an off-world underground crashsite. You discover an ancient spaceship of alien technology and imperial livery, and are then whisked away on an intergalactic adventure of trying to stay alive and relevant in a spaceship that clearly has a hidden agenda. At the heart of Lightstep Chroniclesis a text-based adventure, allowing you to communicate with the ship's AI, a manic creature that seems to be at war with itself.

We have been making point'n'click adventure games and simple text-based games for a decade (you may have heard of Lifeline: Whiteout), while our friends worked on the Lightstep comic book. We decided to pitch in and create a game set in the Lightstep Universe, and that it was going to be a much more graphically rewarding text-based adventure than anyone was used to.

Mike Bithell's Subsurface Circular came out at the time, and it henceforth became the benchmark for our own gameplay. We also kept the comic book's futurist Art Deco style and affinity for time-dilation. The story is quite linear, though it branches out into several different endings. There are also early endings. Everything depends on your correspondence with the ship's AI.

We made the game in Unity with our own assets. At this moment, we have 5/6 hours of text set in animated locations. Optimizing the animations for older PCs has been our biggest struggle so far - it shouldn't take a monster PC to run a text-based adventure, as ornate as it is. We are currently optimized for the following requirements:

We run our private devlogs on a weekly basis, so we will continue to do so here. In the upcoming week, we will do the following:

We're definitely thinking of publishing a free public demo on Itch, sometime in the next two weeks. It would spread the word about the game, and equally importantly, help us test out the game on many different setups.

The biggest void is the one within.